As eagerly as kids await the arrival of Santa each December, Upper Peninsula sledders look forward to the opening of the snowmobile trail on the Portage Lake Lift Bridge.

The iconic bridge, a National Historic Civil Engineering Landmark, connects the Upper Peninsula mainland to the scenic Keweenaw Peninsula, a virtual snow globe that attracts hordes of sledders each winter. 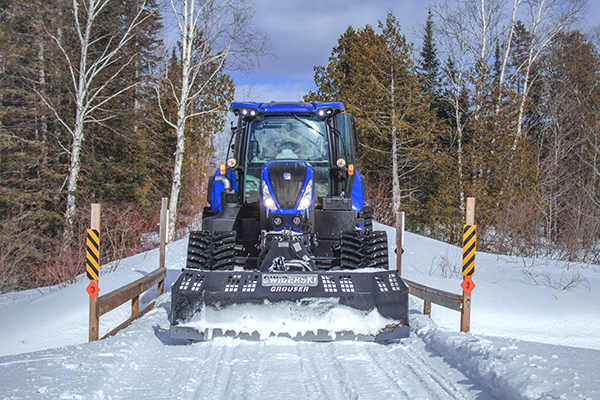 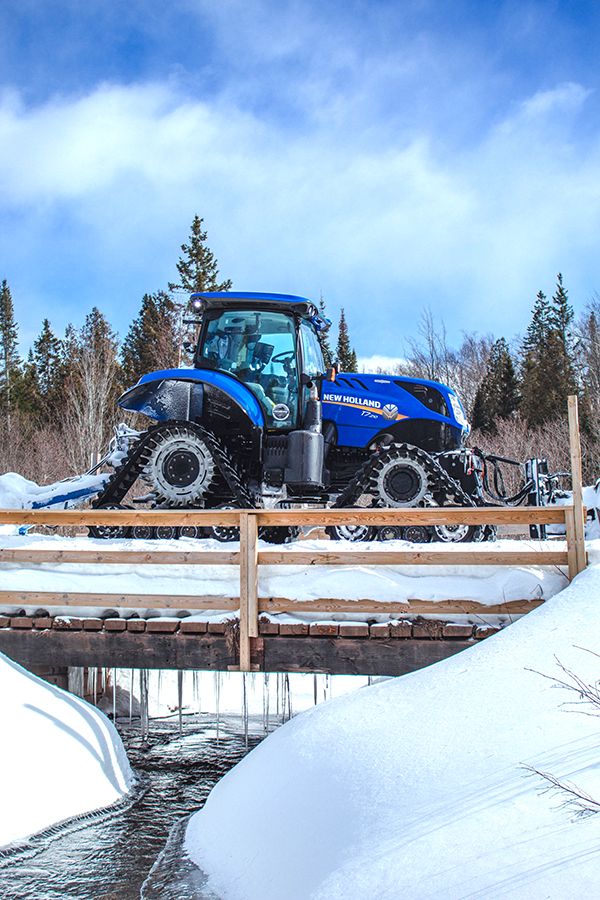 The first step is easy enough – putting the bridge’s lower ramp into place for the season. Then workers unroll one and a half weed barrier matts (12 feet wide by 250 feet long) to cover the roadway’s grates to protect both bridge and sleds from metal-on-metal contact. Houghton city workers then truck in three to four feet of snow (usually not a problem by this time of year) and groomers push it all into place. The entire operation takes about six hours. 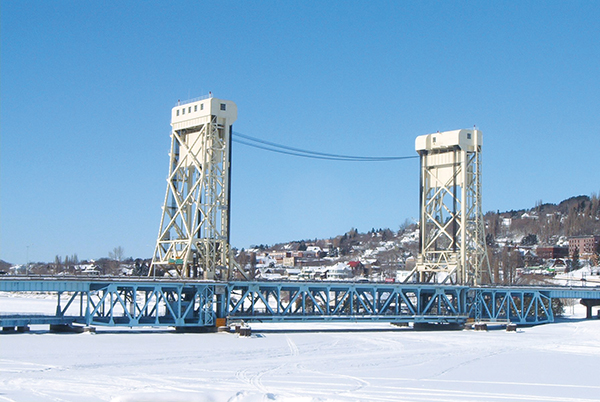 “We have at least four guys from the club – two rolling out the matt and two groomers,” says Keweenaw Snowmobile Club President Ryan LaPorte. “It can be very cold in windy out there,” he adds in classic understatement.

Getting that ramp open is just one of the many things sledders have the Keweenaw Snowmobile Club to thank for. The group’s fleet of five groomers maintains some 200 miles of snowmobile trails that run from Toivola (about 15 miles south of Houghton) to the very tip of the Keweenaw Peninsula at High Rock Bay. Every mile is groomed at least one a day, and often twice in high-traffic areas. All told, they groom more than 30,000 miles each year – enough to circle the globe more than once. 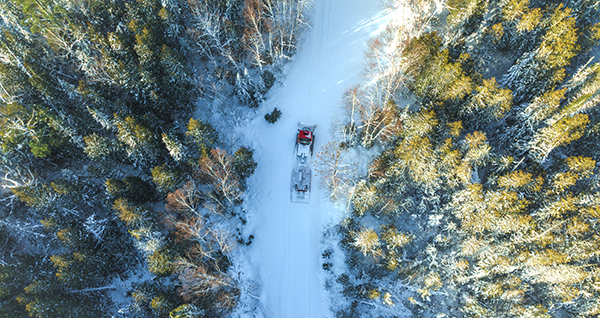 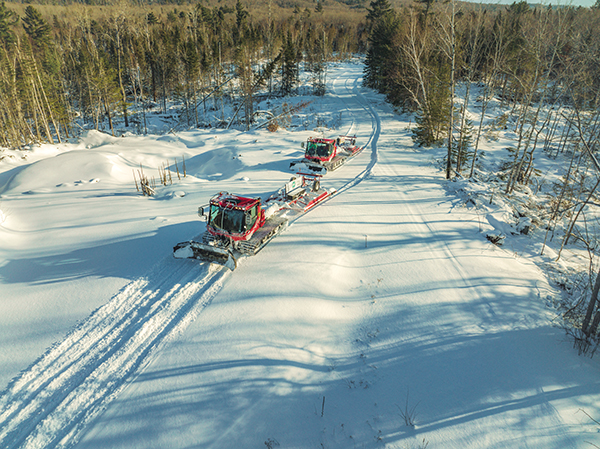 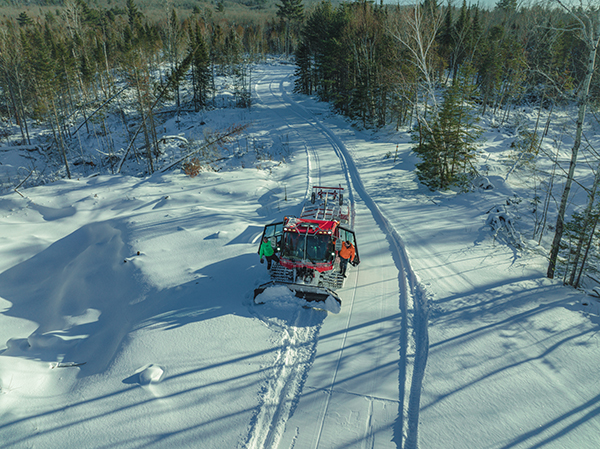 It takes a team of nearly two dozen volunteers and paid workers to maintain the trails. The DNR provides about two-thirds of the budget and club fundraisers, donations and advertisements in their trails map cover the rest.

“We have north of 40,000 people using the trails and our economy in the winter is dependent upon that,” says LaPorte. “You can take it for granted, but there is a lot to make it all happen — and it can be quite chaotic at times.”

Learn more about the Keweenaw Snowmobile Club, including trail conditions and maps, at https://www.keweenawsnowmobileclub.com. •

1 thought on “Opening the Sled Trail Takes a Village”