Michigan Sno-X opened their 2022-2023 snocross season on Saturday, December 10 for round -number one. The opening round also marked their second season at the Northern Power Race Park in Mancelona, Michigan.

The races were composed of racers from Michigan, Ohio, Pennsylvania and a group of Canadian riders. The group made up one of the biggest 200cc classes in series history with 18 total riders. While also seeing some decent numbers throughout other classes including the beginner class.

The day was made up of two qualifying rounds and then the finals for the overall win. The early qualifying rounds were controlled by some of the Canadian riders. As Jack Gelinas picked up 5 total qualifying wins, with one coming in in his transition 8-11 class and swept his 200cc heat races in the 6-9 age group and won both rounds in the 10-13 age group. Jade Bidinot and Connor Muir picked up qualifying round wins in their Open Outlaw 120 class.

Some of the consistent riders for the series showed their skills in the older classes. As Ethan Boon took control of the junior boys 14-15 with sweeping the qualifying rounds. Another consistent face Kaden Helsel showed his strength by moving up to the Sport class and sweeping both rounds as well.

In the three biggest classes of the day, Sam Conaway swept qualifying in the Pro Women’s class. While Kenny Goike made the jump out to Pro Lite and Pro Class and opened some eyes. As he swept the Pro Lite qualifying rounds and split the Pro qualifying rounds. Goike however earned the number one qualifier spot for the finals in Pro as well. 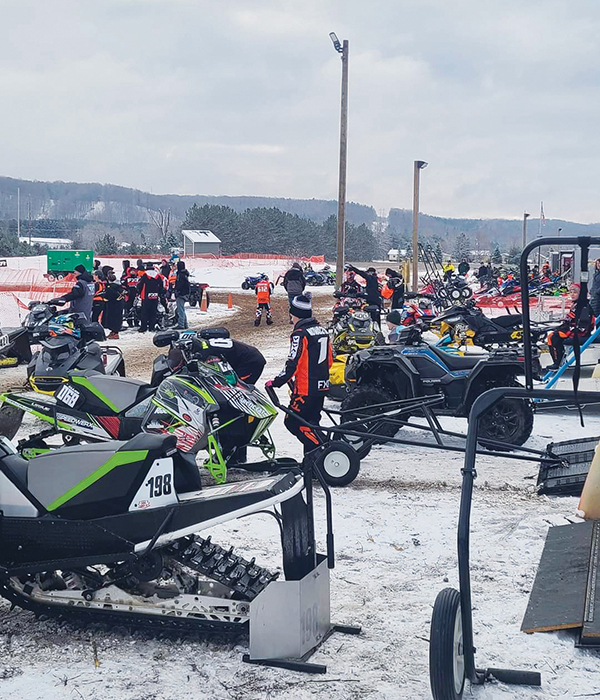 In the finals, it proved to be more action packed racing. Sebastian Horton took both the Transition 10-13 and Junior Boys 12-13 finals. Gelinas continued his perfect day in both of the 200 classes. Boon and Conaway also finished off perfect days by winning their finals as well.

The 30+ class saw another perfect day commence as Steve SIlvinski won all three rounds including the final in pretty dominating fashion. In the final two races of the day, the hometown native of Tyler Archambault got revenge on the younger Goike as he took both the Pro Lite and Pro Finals to end the first round of action.

The second round of action was met with a light dusting to add some fresh snow to the track. The series was once again met with good opening round numbers, as nearly nobody left from round number 1.

The early qualifying rounds once again saw some strong riders from a handful of riders. As Gelinas swept his Transition 8-11 class. Connor Brevik was perfect in the Stock 120 4-7. Horton picked up where he left off from the final with two wins in the Transition 10-13 and two more in the Junior 12-13. Brock Wilson and Caleb Zorn dominated the Open Outlaw 120, as they each earned two wins. Gelinas again swept both of the 200 classes. Austin Allen controlled the Junior 14-17 with two wins. Silvinski continued his dominance in the 30+. Trenton Lesatz showed that the first round confidence was not a fluke in the beginner class, as he won both qualifying rounds. Archambault picked up his momentum in Pro Lite and Pro from the finals on Saturday night by expanding his points lead in both qualifying rounds with wins. 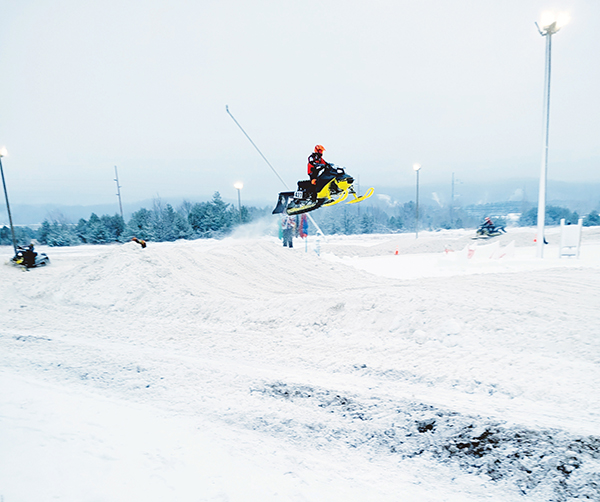 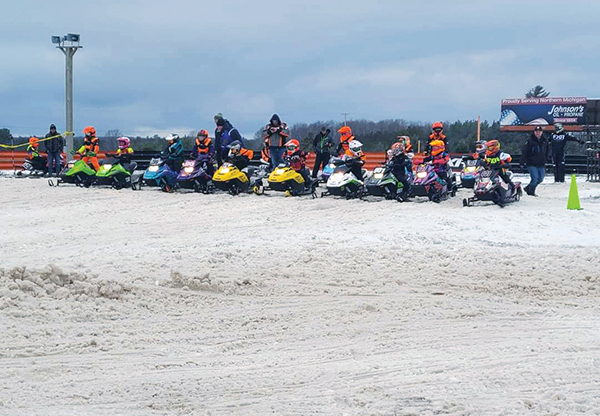 While the best races of the weekend came in the junior 14-15 classes between Ethan Boon and Justin Heyward. As they both battled hard and threw multiple passes on each other on a very tight opening weekend track. The two ended up swapping qualifying wins, after Boon narrowly beat out Heyward in the opening round.

The most interesting class on Sunday was the Pro Women’s class where it was a three way battle throughout both qualifying races. In the end, Conaway and Rilee Nowacyzk earned wins.

In the finals, Charlie Lucas took the win in Transition 8-11 to complete a sweep. Horton continued to stake his claim in the Transition 10-13 and Junior 12-13 with his second finals win of the season in both classes. Another Canadian Connor Muir got a win in the Open Outlaw 120 final for his first Michigan Sno-x win of the season. Gelinas continued to show he was class of the field by finishing off a weekend sweep of the 200 classes. As did Silvinski in the 30+ class. 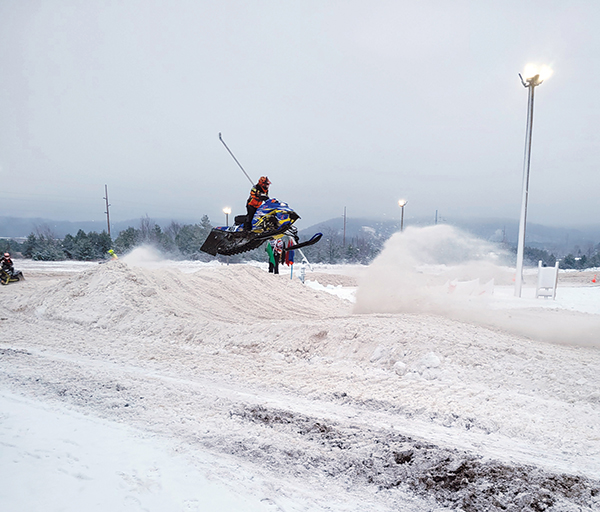 Allen shocked the crowd by winning the sport final after contact from Boon and Helsel gave Allen the lead. He ended up never relinquishing. Another upset happened in the Pro Woman as Ava Hammar made it three different winners on the day and took the final. To wrap up the weekend Archambault again took the Pro Lite and Pro finals in dominating fashion.

The points standings after the opening two rounds feature multiple point races within 10-15 points. While there are 7 classes that are decided by five points or less. All points standings can be found on the MichiganSno-xllc.com website.

The series will be back in action on Saturday, January 7 with round number 3 and will be followed by round number 4 on Sunday, January 8. The weekend will be started with the first of three ditchbanger races, which feature smaller jumps and older sleds and fit for people of all ages. The ditchbanger races will take place Friday night. While snocross racing action will start mid morning on Saturday and Sunday and carry through midday and into early evening. All information on the series can be found at their website or at Michigan Sno-X LLC on Facebook. •