As we turn the page and begin the second half of the year, we also begin to look forward to the arrival of colder weather and the time when we’ll put away the summer toys and prep the winter ones. Recently while discussing this exact topic with a group of winter recreation enthusiasts, mostly snowmobilers, a close friend asked, “without getting too personal, have you kept track of all your expenses from last snowmobile season and what you’ve spent so far this year?” I must admit I had not, although I do keep receipts and invoices for the majority of my expenditures. He suggested I might take a look at what each of my recreational endeavors cost overall and said, “You might be surprised how much you spend per season.”

A few days later as I was making a purchase for grease, oil, and filters, I recalled our conversation and decided to try and figure out just how much I spend on each of my seasonal activities. Not counting initial outlay at the time I bought each of my snowmobiles, I have four registered and operational and another two that need a lot of attention, for just the past couple of years it looks like more than a thousand per annum. The factors considered were travel expenses, fuel, food, lodging, clothing, and accessories, as well as any other incidentals necessary to maintain the equipment throughout the season. Although not used often, I also included an appropriate figure for the trailer & tow vehicle.

When I made my calculations known to my fellow riders, some on every outing and a couple just on occasion, they all believed I was considerably low on the totals, and I was reminded that the $150 to $200 per day per sled used was no longer valid, considering the current economic conditions. The general consensus was expenses had just about doubled from the figures I had used, and this was just for snowmobiling! 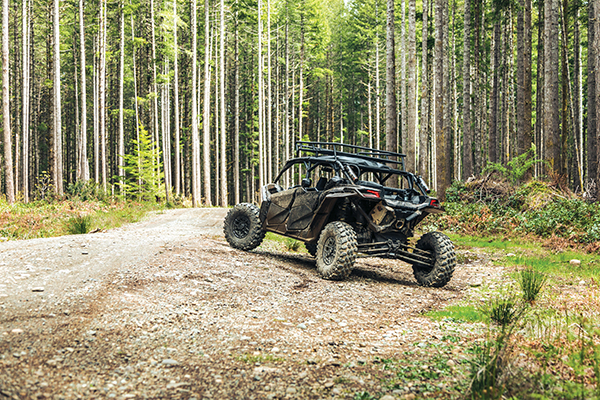 All but one in the group were also into boating or avid off-road junkies in the warmer months and said that the cost to put their boat in the water or ATV’s / SXS’s on the trail, even just once or twice a month was pretty much equal to what was portrayed for the winter recreational activities. Asked to itemize their expenses so we could have an average, it was agreed to put all costs for recreational pursuits into the equation and see what we come up with. This would include camping, fishing & hunting, boating, and any others we may have missed. The understanding that we were looking for only the motorized activities and could include hiking, biking, or equestrian only where transportation to & from the recreation areas were appropriate.

Once the figures were laid out and the frequency of activities by category determined, it was easy to see that motorized recreation was not a cheap endeavor, either to get into (even at the entry level), or to participate in. By comparison, according to the International Snowmobile Manufacturers Association (ISMA) statistics, the snowmobile industry is remaining fairly stable, but worldwide sales for 2022 was almost 103,000 snowmobiles less than ten years ago in 2012. In looking at the trend for just the United States, 2022 sales by region have declined across the board from the 2000 season totals by almost 20,000 in the Northeast; just over 48.5 thousand in the Midwest, and just under 14.5 thousand in the Western states.

Unofficially, the majority of respondents to a brief survey attributed the decline to the current economic conditions while only a few said the rising cost of new snowmobiles and everything necessary for a active recreational schedule, along with the shortness of season, was a driving factor in their inability to continue with snowmobiling as their primary winter recreation. Several pointed out the prospect of rental agencies being an option to remain active, but even those costs were becoming prohibitive for many enthusiasts. On a positive note, however, most dealerships have indicated used snowmobiles taken in trade do not remain on the market for long.

Considering the increase in popularity of ATV & SXS vehicles, which seems to be still growing from the reports received, this recreational activity could outshine snowmobiling as the #1 motorized to be watched. While it’s true the inflationary crisis facing us these days has hindered sales in this market also, it has not been to the same degree as witnessed with snowmobiles. One reason is the much wider variety of vehicles defined as off-road, and the difference in cost of owning and/or operating one or more. 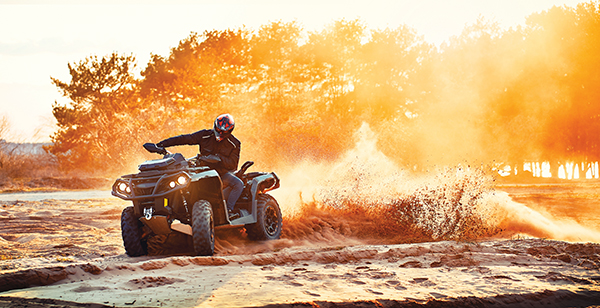 From the top of the line (luxury) SXS to the entry-level dirt bike, a prospective customer can choose which will best fit into their recreational plan, as well as total financial outlay to get started. For example, speaking only of new equipment, a dirt bike (depending on size) can be purchased for just a few hundred dollars up to a couple of thousand as more horsepower and additional amenities are added. A quad-runner, again depending on model and size, can be had for anywhere between four and up to eight thousand. When considering a side-by-side, the cost becomes much more of a factor, from the lowest around nine thousand up to more than twenty thousand.

Unlike most snow machines, dirt bikes, and quads, the SXS holds its value for several years after purchase and the used market can be almost as prohibitive, cost-wise, as if purchasing a new machine. In fact, several of the folks I spoke with said it was the rising cost of everything that was pricing them out of the sport, both from the snowmobiling side and the off-road touring side as well. One young participant said even the cost of owning a bike suitable for riding trails was a bit too expensive for him and most of his friends. The unfortunate part in all this is where do we place the blame?

Generally, the first reaction is to blame the dealers, even though most of the time they are already selling well below the suggested retail price and barely above what the wholesale cost to themselves is. We must remember these folks are not in business to operate at a loss, so asking for additional discounts is not only disrespectful to their integrity but will rarely do any good and only damage any relationship you may have built with that dealer, so to place the blame there would be in error.

Another area where blame for the high cost of equipment is usually placed is with the manufacturer, which would also be wrong. When one digs into the why and wherefor of building the snow machine, off-road vehicle, or any other equipment, it becomes obvious that the research and engineering that must first be accomplished, and the number of permits that must be applied for, approved, and then issued prior to any development being started, and finally all the tool & die work involved just to build the product, is it any wonder that pricing of the equipment seems out of control? The blame is not with the manufacturer either! 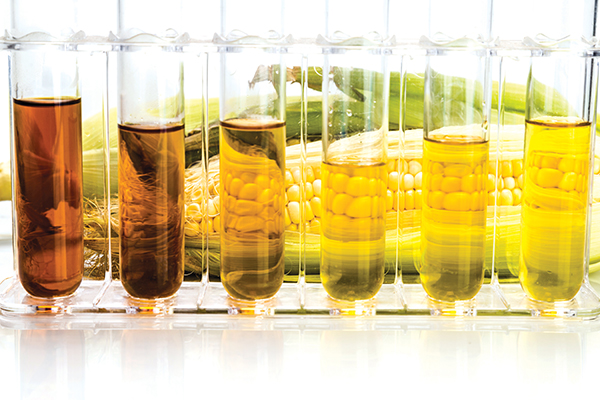 So, who, or what, is to blame? With a bit of digging and a little more research into the issue, it’s a pretty good bet that the government, or some agency within the government is at the root of the problem. Over the years the Environmental Protection Agency (EPA) has been flexing its regulatory muscle and applying some pretty strong requirements on the recreation vehicle industry where anything having to do with fuels, engine capacity, exhaust emissions, and a host of other issues that, in their opinion, might do harm to the environment.

Along with the additional restrictions, they also made repeated attempts to force the industry to adopt new fuels such as the corn-fed ethanol fuels of 15% or better. All of which has, up to this point, been proven to be incompatible with most engines utilized in recreational applications. In order to prove this, however, required extensive hours of research, testing, and retesting, all of which drives the cost of production up, and eventually the price consumers must pay.

Within the past three decades, the cost of purchasing a new vehicle of any kind including snowmobiles has more than tripled and with today’s economic considerations, the price can easily exceed what the average enthusiast can afford. Unfortunately, there is no relief in sight and no indication that things will change for the better anytime soon, but somehow the general public will continue their recreational pursuits, and somehow, we will all get through these tough times.