There’s never a lull in the political activity at our nation’s Capital, and most of the time those activities actually serve nothing or rarely anything of importance. Once in a while, however, issues are brought to the House or Senate floor for consideration, discussion, and possible inclusion in the legislative process that could have an impact on motorized recreation and, whether positive or negative, those of us that enjoy the freedom of motoring through the woods and wildlands, should be made aware of such proposals.

Thanks to the American Council of Snowmobile Associations (ACSA) and their legal watchdogs, not much gets passed them, whether it is of a recreational nature or simply items of interest, that is not made public. Sometimes the issues require public input and at other times it becomes urgent for the interested parties to take immediate action and contact their elected officials. Although nothing of that magnitude is on the radar at this point in time, it never hurts to let your Representatives and Senators know you are paying attention to their positions on such initiatives. 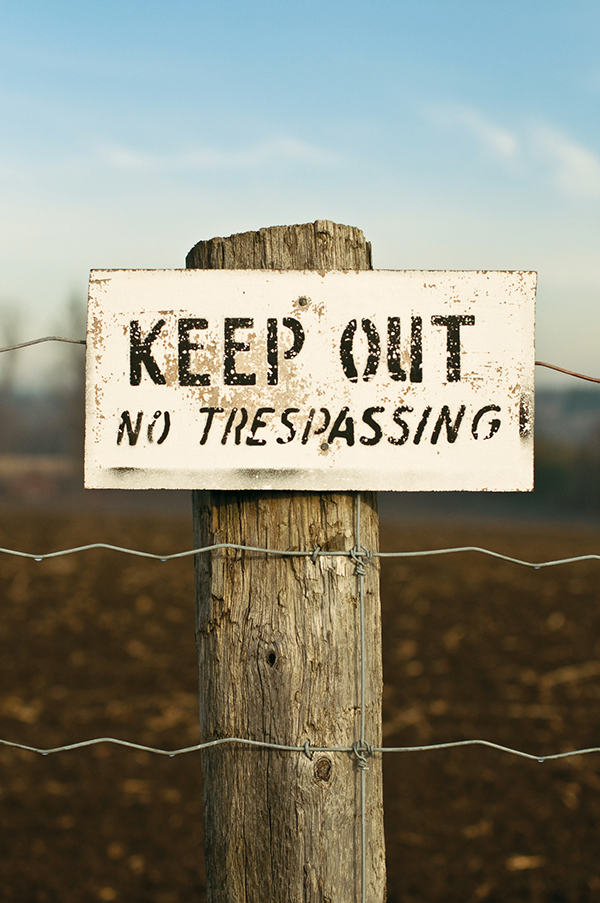 There are some interesting proposals for legislation circulating around the halls of Congress that bear watching, and although none are coming from within our great state, there’s always the possibility that the trickle-down might have a later impact. For example, recall if you will, the Canadian Lynx issue of some years past. We may have thought that one was done with because it eventually waned in publicity, but it has remained very active, and still at the top of some agency agendas.

The Canadian Lynx has been considered an endangered specie for many years and was, in fact, placed on the official ESA list some twenty years ago although a promised recovery plan never transpired and eventually brought about some legal action. The lawsuit was filed on behalf of several environmental groups including Rocky Mountain Wild; WildEarth Guardians; Cascadia Wildlands; and Oregon Wild, just to name a few.

Under a recently announced legal settlement, agreement between the environmental groups and the Fish and Wildlife Service, a formal recovery plan will be established identifying what the FWS must do to reduce the threat of extinction and how best to get it done. The FWS has agreed to keep the animal on the ESA list with a completion date for the recovery plan by December of 2024. Research within Michigan found no evidence that a single Canadian Lynx ever existed in the State, but should evidence have proved otherwise, motorized recreational access could have been seriously impacted.

Concerned about proposed changes to the Endangered Species Act, U.S. Congressman Cliff Bentz (R-OR) introduced House Bill 5708 pertaining to habitat designations, and to restrict such designations for areas not inhabited by an endangered species. Questioned as to why the concern, perhaps many folks are unaware of what exactly the ESA has the ability to do. While no one really wants to see any specie become extinct, many use the premise of a threat to further their own agenda, most often to eliminate or at least limit access to a particular area, and once designated as ES habitat, it must be treated about the same as Wilderness.

Those of us who have been involved in outdoor, specifically winter, recreation will remember the fiasco with the spotted owl and the ensuing litigation to eliminate motorized access to specific areas where it presumably made it’s home. That eventually ended with a critical habitat of more than 9 million acres, but under the Trump administration was reduced by about 3.5 million acres, Remember now, once designated, access to such areas is drastically reduced, and actually, it wasn’t a ploy to keep just motorized use out, that lawsuit wanted to keep anyone other than a specific few individuals from having access to those proposed “habitat” zones. From what seems to be resurfacing lately, there are some radically motivated environmental groups looking to designate any animal, bird, or reptile specie as endangered if it will serve their “save the specie” purposes. We can bet that once so designated, it will not be beneficial to any form of motorized recreation.

For more years than I care to recount, Snowmobilers and other motorized user groups have sided with the USDA’s National Forest Service in efforts to increase funding to suppress wildfires that occur almost annually across the country and, usually during the annual Fly-IN event hosted by ACSA, it is one of the issues those in attendance carry to the Hill when visiting with their Congressional Representatives and Senators. Anyone that has witnessed the devastation and aftermath of a wildfire can understand why it’s such an important concern to all who enjoy recreating in the great outdoors.

Although it may seem like these discussions fall on deaf ears, occasionally there is interest among those elected officials, especially where wildfires are more likely to occur. So it has been in recent months when Rep. Dan Newhouse (R-WA) Introduced H.R. 4573 Known as the Stop Catastrophes Act.  Basically, this legislation addresses use of categorical exclusions to reduce the risk of wildfires and improve overall health of the forests.

Similarly, Senator Cynthia Lummis (R-WY) introduced S. 2698 of the same name to the Committee on Environment and Public Works, which will effectively establish a policy for categorical exclusion to improve or restore public lands by reducing the risk of wildfires.

While this may seem like a small step to some, those of us who have been on the front lines in this seemingly never-ending battle believe we are finally making headway. Every year the threat of wildfires grows larger, primarily due to neglect by those in authority which, in turn, reduces the ability of land managers to properly manage and maintain our forests and other public lands. They devastate critical wildlife habitat, create unnecessary economic hardships for rural communities, and ruin recreational opportunities everywhere.

Rep. Newhouse said “far too often, misguided special interest groups prevent innovative management from being implemented, resulting in poor forest health and thereby increasing the threat of devastating wildfires.” This legislation will provide for active forest management and enable reduction of hazardous fuels, which in turn will provide more protection from such catastrophes.

It was pointed out recently that the name of this legislation, the “Stop CASTROPHES Act” is a politically charged acronym for “Stop Causing Alarming Tree, Air, and Soil Trauma Resulting from Obstructive Progressives and Hypocritical Environmentalists Schemes Act”, elaborately designed to get the point across. We patiently wait and watch for the political fallout as these bills make their way through the legislative process.

One commercial sector seriously impacted by actions implemented by the U.S. Forest Service is the Timber & Logging Industry, as witnessed by recent increases in the price of lumber. To further exacerbate the situation, the Forest Service has stated that current timber harvest levels are unsustainable and simply cannot keep up with demands due primarily to losses from recent wildfires. Research has shown current logging levels are at least twice what the forests can sustain. This means more sawmills will more than likely be closed, eliminating more jobs and creating more hardships. Additionally, the U.S. Department of Commerce is seeking approval to double the importation tariffs on Canadian lumber shipments from 9% to approximately 18%.

We would be remiss if we didn’t at least bring up the 30X30 initiative which seems to never go away and has now brought attention to an international level. Although not specifically a part of the original plan, more than 100 global leaders have pledged to halt deforestation (the removal of trees) and land degradation (human intervention) by the end year 2030. The program is to ensure recognition of the economic value of natural carbon sinks and encourage making forest conservation a priority. The plan’s goal is to restore approximately 500 million acres of forest and other ecosystems.

By now most readers are wondering what does all this have to do with snowmobiling and why are we even concerned with what problems the Forest Service is experiencing? Well, here’s a few facts about why we should be concerned, and probably most of us even know…

The U.S. Forest Service along with their sister agency the Bureau of Land Management is responsible for the majority of public lands that we depend on for recreation and in many cases, for survival. The Bureau, better known simply as the BLM is primarily an “out west” organization while the Forest Service, better known simply as the NFS takes care of all our national forests and as the name implies, is nationwide. Without the Forest Service, most snowmobiling activities would be relegated to state or privately owned lands, and most trails would not have the connectivity we enjoy today.

Consider the number of forest roads we all know that winds through dense forests and woodlands. The number of miles of all those roads is more than twice that of the national highway system, totaling almost four hundred, thousand miles. About half of that mileage is designated as trails for use by a variety of recreationalists, including hikers, bikers, walkers, campers, hunters and fishermen in the warmer months. Add into that mix the up-and-coming popularity of off-road vehicle touring and we can readily see that those roads get plenty of use. It’s about the same in the winter months when skiers, mushers, snow-shoers, and snowmobilers share use of them.

Over the years, snowmobilers have fostered some great partnerships with local land managers within our national forests, without which our wintertime recreation would be severely curtailed. So never sell short what the National Forest Service provides for our use. In today’s society, there are always those who want it all and will do (or say) whatever it takes to get what they want. Usually what they want is to do away with any sort of recreation that doesn’t fit into their plan, and usually that is the non-motorized users seeking to eliminate access to public lands by any and all motorized users. 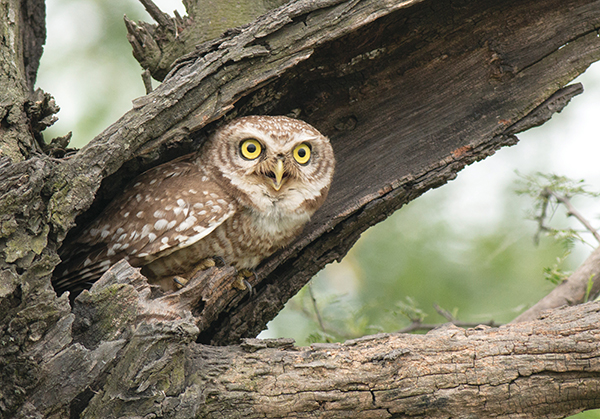 We can’t let that happen, and it won’t so long as we remain united. Organized snowmobile councils, clubs, and associations are constantly watching for adverse activities and are ready to go to bat for snowmobilers everywhere, but they all need help.  There are more than seven million active snowmobilers nationwide but less than seventy-five thousand enthusiasts have any involvement with their local clubs or state associations. Our federally elected officials will listen to our concerns, we just need to make the call or visit them in their offices. Know why? It’s called clout!

Snowmobilers are just one small spoke in the recreational wheel, but we contribute a large amount of money to the overall economic machine, as do most other recreational groups, some maybe a bit more and some much less, if any at all. According to information from the American Council of Snowmobile Associations, in the recently released U.S. Bureau of Economic Analysis statistics, the new data shows that the outdoor recreation economy accounted for 1.8% of the current-dollar gross domestic product (GDP) for the entire nation in 2020.

Of course, 1.8% doesn’t sound like anything to crow about, but it really is! 1.8% of the GDP actually amounts to more than $374 Billion dollars. At the state level that outdoor recreation value can add quite a tidy sum to the state GDP, anywhere from 1.2% as witnessed in the eastern states of Connecticut and New York to as much as 4.3% out west as reported from Montana. Here in Michigan the state GDP for 2020 was also 1.8% which amounted to several billion dollars, and some folks still do not believe that outdoor recreation is BIG business!

Snowmobiling too, is big business without which many businesses around the state could not survive. I’m told it’s the same in almost every state and Canadian province where snow dominates the winter landscapes. The sad part of all this is that snowmobilers, for the most part, have a propensity toward complacency, satisfied with the status quo until something irreversible occurs, then wonder why it happened and why someone didn’t stop it? We know the answer…do you?