Even though the season we all look forward to is still a month and a few days away, most of us are still enjoying our alternate source of outdoor recreation but it’s never too early to be thinking about things that must be taken care of prior to the first time we unload our winter toys and take to the trails. Take a page from the Boy Scouts handbook and like their motto says… Be Prepared!

I speak from experience on this subject because I’ve been derelict in my pre-season checklist in seasons past and every single time… well, suffice to say there was always some problem that caused a less than satisfactory snowmobiling experience! Let’s not limit our attention to just the snow machines either. The trailer deserves, or better yet requires, a decent amount of maintenance prior to being taken out onto the road. It’s not only unsafe, it’s illegal to tow a  poorly equipped trailer, so better safe than sorry, or so the story goes.

A simple checklist similar for both sled and trailer can make the adventure a success if followed and completed, but neglecting even one, seemingly insignificant, item can, and will, come back to haunt at the most inopportune time. The following is suggested basic checklists for each: 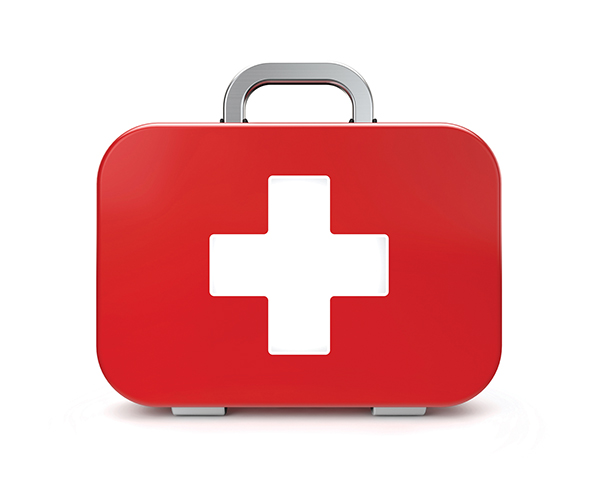 As recently as last week while discussing the resulting repairs to my GMC Yukon with one of the local auto-mechanics, and mentioning that I was putting together information for this article, he suggested we not overlook the vehicle itself, and pointed out a few of the issues he had just taken care of on mine. He said most folks never consider a regular checkup for their tow vehicle other than the usual oil change and lube job and won’t do so until something either breaks or a warning light comes on.

I guess I have to agree since I would not have taken the Yukon in had it not been for the brake sensors squealing and the warning on the dash to have the four-wheel drive system checked. Like so many other items we never really think about, the tow vehicle rarely gets any attention unless the malfunction is serious enough to interrupt our travels.

Obviously, up here in the north country rust, and corrosion from road salt, sand, or a combination of the two, can play havoc with the undercarriage and components such as fuel and brake lines, and any exposed electrical wiring harnesses. Almost without fail, the plugs on both the rear of the tow vehicle and the tongue of the trailer will need attention prior to the beginning of every winter season, and sometimes even an additional look-see during those long winter months. So once again, better safe than sorry.

Finally, although no one wants to think about it, there may come a time during our travels that we become stranded, sometimes just for a few hours and sometimes a lot longer. Regardless of the duration, having provisions for such emergencies is a must. By provisions, we should consider both survival equipment and something for nourishment.

Combatting the cold should be easy enough since we usually carry our snowmobiling apparel on such excursions, but keeping extra blankets and maybe an additional jacket or sweatshirt certainly can’t hurt since internal heat will quickly dissipate once the engine is turned off. Yes, whether we like it or not, when stalled out or stuck in a ditch and it looks like rescue may be a while in coming, we need to conserve fuel whenever possible, and that means shutting off the engine and only running it as often as absolutely necessary.

Having learned the hard way a few years ago, having snacks in the vehicle on such adventures is always a good idea. A few bottles of water in the cooler can also make waiting for the tow truck or rescue workers a more pleasant experience than having a thirst and no way to quinch it. Finally, no one should ever start out on an extended trip without some sort of first aid kit. Even the most basic collection of bandages and a tube of disinfectant is better than nothing at all.

So… in summary, if this simple reminder to check out your vehicle, trailer, and other equipment has caused you to at least think about it, then it has been worth it. Hopefully, anything done in preparation for the journey will be worth the time to get it taken care of and won’t be cause for any distractions later on. Hopefully, the extra blankets and emergency provisions we packed in the vehicle won’t be needed or used, but just knowing those things are there should ease the mind and make for a worry-free experience.

As we head into the winter season, taking a page from the Boy Scout’s handbook can be the difference between a pleasant adventure or a trip from hell… best to have it and not need it than to need it and not have it…. Like their motto says “Be Prepared”.