It’s all in the family, a show and sale that’s become the largest in the nation.

Twenty-nine years ago, 1991, in Novi, MI is where it all started for Michigan SNOWMOBILE USA Show & Sale. At the hour of 5 o’clock on that Friday afternoon the show floor opened to 4,210 eager snowmobile enthusiasts! What was first used as a liquor warehouse was transformed into what is now the World’s Largest Indoor Snowmobile Show & Sale event in the country.

If you attended that show 29 years ago you will remember the feeling of something great happening. Very quickly the show saw massive growth and needed to find a larger venue. Fortunately, the owners of the Novi Expo Hall also saw growth in their business, and in 2005 finished building the first-class Suburban Collection Showplace that is now home to the World’s Largest Indoor Snowmobile Show.

How did it begin you might ask? Well, Tom Anderson, owner and producer of the shows got his start in the snowmobile industry in a unique way. It started with the bedtime of his oldest child, Scott. Who ironically has worked for Tom along with his two siblings Lisa & Lori, for 30+ years.

You see, as an infant Scott was just getting to sleep, when along came the neighbor on his 1965 and very noisy sled, racing through the cornfields just outside of Scott’s nursery. As you can imagine, the sounds of snowmobiles made back then are much different than they are today. Quiet was not the way one would describe an old sled. Needless to say, the baby crying did not endure Tom to like sleds. 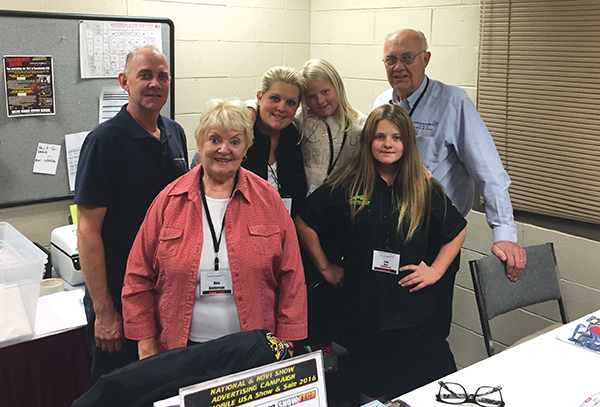 A year later Tom was invited to take a ride on a snowmobile in the Northwoods of Wisconsin. That was all it took to convert him. He was infected by what Edgar Hetten once said about snowmobiling, “it’s a disease with no cure.” And, more importantly, he enjoyed the feeling he got riding and taking in all the beauties that Mother Nature in the Winter offered. That and the great people he came to know in the sport. He was hooked…!!

Tom soon became enthralled with all things snowmobiling. With this fascination and years of riding came the creation of a snowmobile magazine called, The Hummer in 1973. He was, for the most part, a one-man show in the beginning wearing all the hats. From the photographer, writer, editor, salesperson, ad design, layout, he did it all.

To sell his magazine, his wife, Bev, in tow with their children, would attend snowmobile races and small shows selling and promoting the magazine. It was soon chosen as the “official publication of the Association of Wisconsin Snowmobile Clubs” with a circulation of over 21,000.

Then a light bulb went off. He wanted his very own show. With Tom’s gift of entrepreneurship, in 1983 the doors opened in Oconomowoc, WI to the very first SNOWMOBILE USA Show & Sale. It was attended by 3,160 snowmobile fans.

The shows have been in many of the Midwest states, but the two anchors are Milwaukee, WI and Novi, Mi. The shows also offer Swap meets (Milwaukee only) and Safety Classes (both shows) and seminars ranging in avalanche training to race school info. It is a place for snowmobilers to come see “all things snowmobiling, under one roof.”

The shows took a hit last year, with both show hall facilities hosting hospitals for COVID-19 patients. After many attempts to locate a venue large enough to host both shows, and keeping safety as a priority for the customers, the displayers, and staff, it was the first time since 1983 that those beloved show doors did not open. 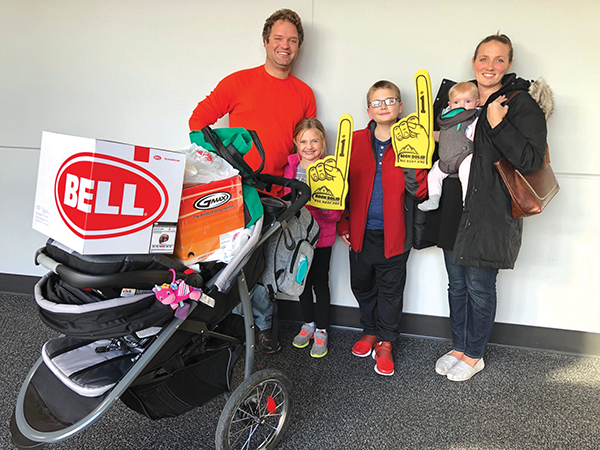 That is not the case this year! The shows are back on and ready to fill that 200,000 square foot, 125+ exhibitors show floor in Milwaukee and 220,000 square foot, 155+ exhibitors showfloor in Novi. See 2022 sleds along with special prices and discounts on accessories, performance parts, belts, oil, decals, clothing accessories, resort packages, magazines, lodging, tours, trail maps, and the list goes on and on! Gather trip information from snowmobile resorts and destination locations from several Midwest and Western states, along with Canadian Provinces. They will be on hand to show off their trail systems and lodging facilities. SNOWMOBILE USA Show & Sale events offer unique insight to products and services you just can’t get from internet searches.

When asked why people attend the shows, Tom said, “The show gives a wide range of snowmobile-oriented products and services in front of thousands of dedicated customers, all within days’ time and in one building. Booth sizes range from 100 square feet all the way up to 4,000 square feet”!

So, whether you are a consumer or want to display, check out www.snowmobileusa for more information. Snowmobile USA Show & Sale is your Snowmobile Superstore!

On a closing question, when asked what the one thing is missing from the show, Tom said, “Quiet”. Once the doors open and the throngs of snowmobilers rush in, the floor is alive with the sounds of sales, reminiscing, laughter, and people enjoying the new season. I guess we just love the sounds that snowmobiling gives us. Both on and off trail. We can’t escape that sound, that smell and that love of the sport.

Here’s to seeing you at SNOWMOBILE USA! It truly is your one-stop snowmobile superstore. Remember, this is a family friendly show. So, bring the kids! That stroller sure does make for a nice “shopping cart” at the end of the show. And don’t forget to check out the Mr.Snow booth for some free kids games!

Snowmobile USA show hours Friday from 5-10, Saturday 10-7 and Sunday 10-4. Admission is $12.00, children 12 and under free. Get a jump on the season with special deals and big savings at Snowmobile USA. Come to see, shop, and save at SNOWMOBILE USA Show & Sale! •